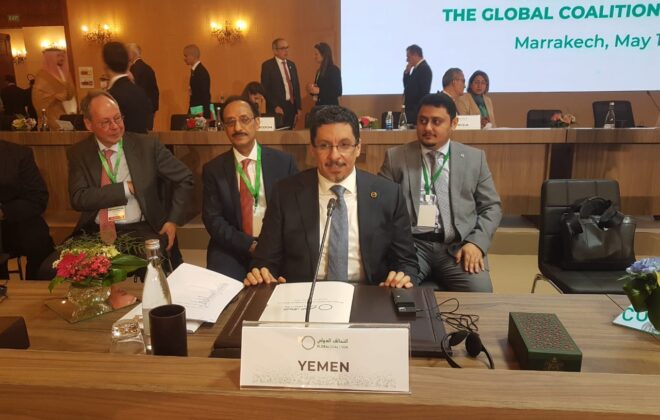 FM participates in meeting of global coalition to defeat ISIS

Addressing the meeting in a speech, the Minister reviewed the efforts of the Yemeni government to confront terrorist organizations and groups, and the urgent needs of the concerned agencies in the field of capacity building, training and rehabilitation.

He affirmed the continued commitment of Yemen represented by the Presidential Leadership Council to work with the international community to address this phenomenon. Bin Mubarak pointed to the importance of the efforts made by the Yemeni government to achieve peace and stability, which will reflect positively on ending the danger of terrorist organizations… expressing the extent of the suffering that Yemen has suffered as a result of these terrorist organizations such as ISIS, Al-Qaeda and Houthi militias, and what links these terrorist organizations from cooperation at the level of coordination, financing and armament.