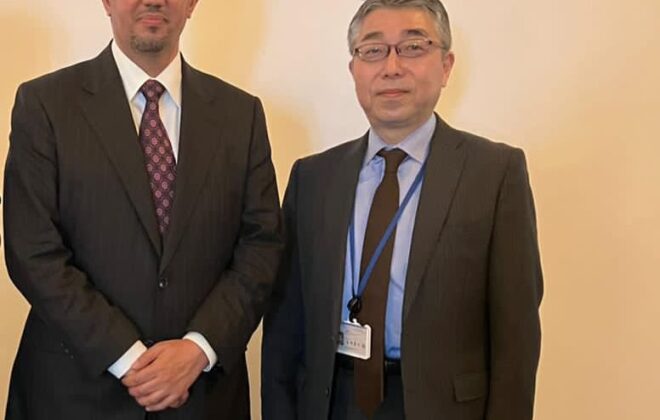 The two parties discussed mutual relations between the two countries in different fields.

Qasem reviewed latest developments in Yemen, pointing out to government’s commitment to the UN truce despite Houthi militia stubbornness and refusal to abide by the truce and implement its commitments, including rejection of ending siege on cities and opening outlets before citizens of Taizi people to end the siege imposed on Taiz for seven years.

For his part, the Japanese official confirmed readiness of his country to continue its humanitarian support to Yemeni people.