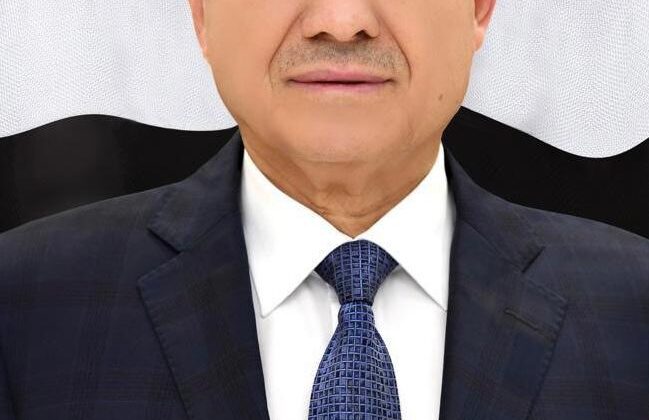 ADEN – SABA
President of the Presidential Leadership Council Rashad al-Alimi has renewed government’s commitment of abiding by the UN truce and utilizing it for realizing just and inclusive peace in Yemen.

In a telephone call from UK State Minister for the Middle East and North Africa Affairs James Cleverly on Thursday, President al-Alimi pointed out to significance of exerting pressure on Houthi militia to abide by all articles of the truce, including opening Taiz outlets and responding to legal conditions for resuming flights through Sana’a International Airport to alleviate suffering of the people.

He confirmed that Houthi militia, which has continued shelling civilians in Yemen and civil establishments in Saudi Arabia and the United Arab Emirates, has to prove goodwill towards international community-supported peace initiatives.

For his part, the UK minister congratulated President and members of the Presidential Leadership Council on shouldering responsibility despite difficult conditions in Yemen.

He reaffirmed his country’s commitment of supporting peace efforts in Yemen and working on extending the humanitarian truce and utilizing it to resume a political process meeting aspirations of all Yemeni people.