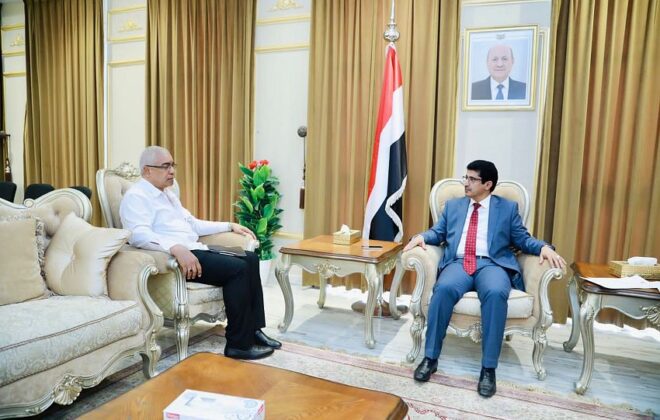 Bajjash praised historical relations between Yemen and Cuba and unique cooperation between the countries in all fields whether in health and education domains or the political one, pointing out to significance of coordinating positions and efforts in international forums for the interests of the two countries.

He reviewed latest developments in Yemen on the light of extending the UN truce, pointing out to many concessions made by the Presidential Leadership Council and the government for extending the humanitarian truce amid Houthi militia’s rejection to open roads to Taiz and end its siege on the city.

For his part, the Cuban diplomat expressed his country’s commitment to support Yemen in different fields to help efforts of Yemeni government in realizing economic stability and providing basic services to Yemeni people and supporting UN efforts for realizing just peace in Yemen.