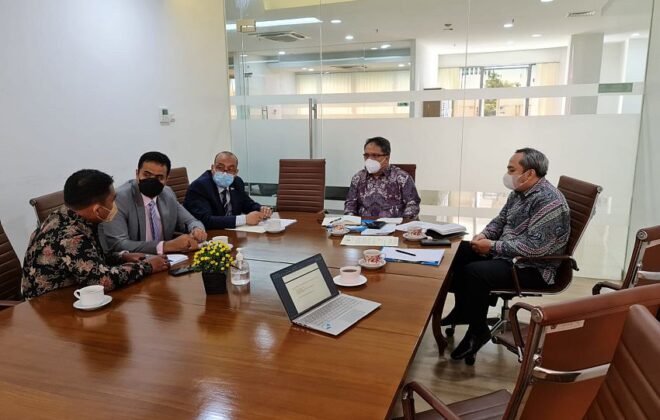 Jakarta – Saba
The Ambassador of Yemen to Jakarta, Dr. Abdul-Ghani Al-Shamiri, discussed with the Director of the Middle East Department in the Indonesian Ministry of Foreign Affairs ways to enhance bilateral relations between the two brotherly countries and the political developments in our country.

The two sides discussed many issues of common interest, and the necessary arrangements for establishing a Yemeni school in Indonesia that would keep pace with the aspirations of the Yemeni community, and address the cases of some Yemeni citizens detained in criminal cases or citizens who violated immigration and residency laws in Indonesia for various reasons.

Ambassador Al-Shamiri pointed to the government’s position in bringing peace and continuing its efforts to achieve a truce, pointing to the Houthi militia’s intransigence and evasion of peace and the militia’s continuation to violate the truce, including by detention, enforced disappearance, and death sentencing of civilians and journalists. He said the ceasefire breaches have led to the death and injury of a number of civilians.