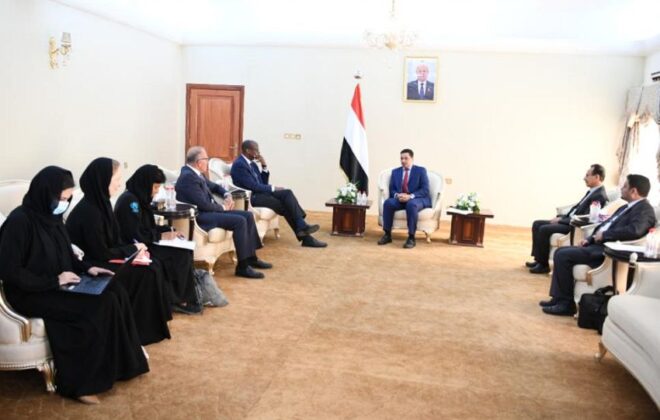 During the meeting, the Minister affirmed the Yemeni government’s commitment to providing all facilities to ensure the success of the UNHCR’s tasks in Yemen, praising its efforts in providing support to the displaced and refugees and the projects it provides, especially in the water sector, pointing to the importance of supporting national capacities to deal with displacement cases inside Yemen and those who were forced to leave their cities to escape from the brutality and crimes of the Houthi coup militia, or with refugees and asylum seekers coming from the countries of the Horn of Africa.

He pointed out the need to expand the scope of providing aid to all Yemeni regions, and to cover the largest number of affected people.

For his part, the Assistant High Commissioner expressed UNHCR’s appreciation for the facilities provided by the government, and its appreciation of Yemen’s commitment and role in embracing refugees from the Horn of Africa, and its adherence to respecting the human dimension despite the crises it suffers from.