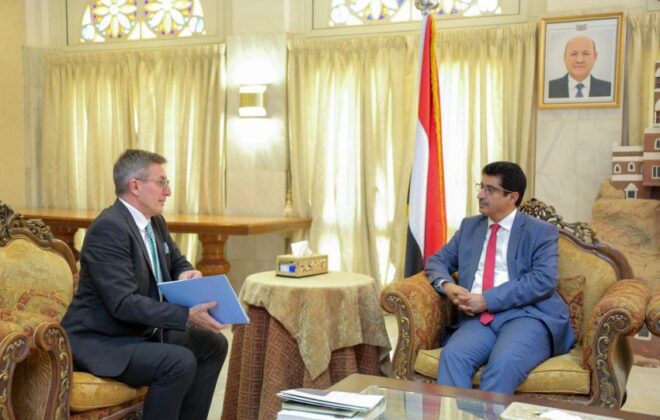 Riyadh – Saba
Deputy Foreign Minister for Political Affairs, Dr. Mansour Bagash, discussed with the non-resident Ambassador of Brazil to our country Sergio Paz ways to strengthen and develop bilateral relations between the two countries and the developments in Yemen.

Bagash briefed the Brazilian ambassador on the latest developments in Yemen, especially the path of the UN-sponsored truce since last April, and the opportunities to extend it in light of the massive violations by the Houthi militias, and their intransigence in fulfilling their obligations and giving priority to Iran’s expansionist interests over the interests of the Yemeni people. He reviewed the opportunities to strengthen cooperation between Yemen and Brazil in a number of priority areas.

For his part, the Brazilian ambassador affirmed his country’s support for peace in Yemen and its support for Yemen’s unity, sovereignty and territorial integrity.