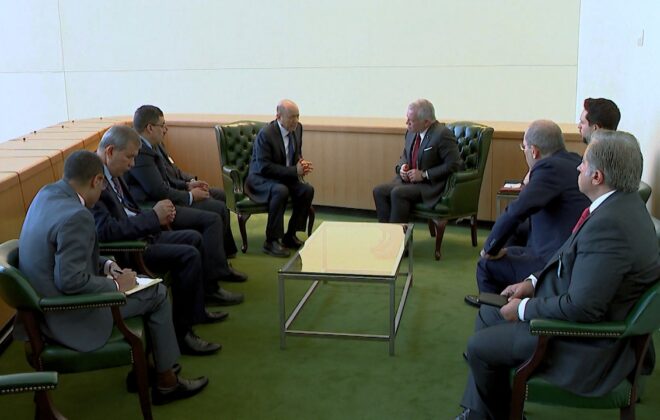 ADEN-SABA
President of the Presidential Leadership Council Rashad al-Alimi met Tuesday with King of Jordan Abdullah, the Second discussing with him latest developments in Yemen and means of enhancing mutual relations between the two countries.

President al-Alimi praised Jordanian position of the king, the government and the people supporting Yemeni people, including facilitations provided to Yemeni community and hosting UN efforts aiming at realizing peace and stability in the country.

President also praised diplomatic and security coordination between the two countries to facilitate arrival of more commercial flights included in the announcement of the UN Truce despite complications made by Houthi militia.

For his part, King of Jordan confirmed keenness of his country on providing different types of support, mainly political and humanitarian to Yemeni people and its legal leadership to overcome current difficult conditions and regaining the state of Yemen.