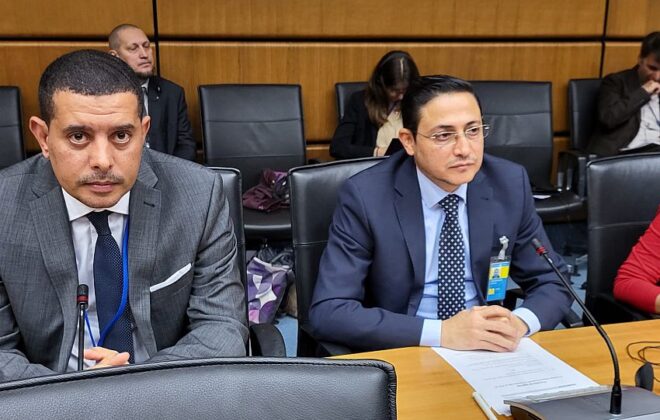 Vienna – Saba
Yemen participated in the meetings of the Board of Governors of the International Atomic Energy Agency, with a delegation headed by Ambassador and Permanent Representative of our country to the Agency, Haitham Shuja al-Din.

During the meeting, Ambassador Shuja al-Din reviewed Iran’s violations of the Joint Comprehensive Plan of Action relating to its legally binding international obligations. Shuja al-Din expressed Yemen’s support for the resolution issued by the council, which was submitted by the United States, Britain, Germany and France regarding Iran’s non-cooperation in response to the agency’s repeated requests related to the source of uranium particles that were found in three undeclared sites in Iran.

He called on Iran to stop its destabilizing behavior for security and stability in Yemen and the region, through its continued support for the Houthi militia and supplying it with weapons.