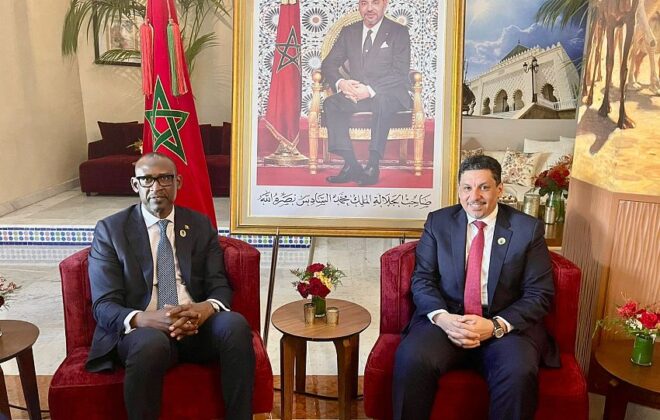 FM meets his counterpart in the Republic of Mali

During the meeting, they discussed bilateral relations between the two countries and joint coordination on issues of concern to the two countries, in international regional forums. Bin Mubarak reviewed developments in the Yemeni political scene, and the Yemeni government’s decisions related to labeling the Houthi militia as a terrorist group.

For his part, the Malian Foreign Minister touched on the developments in the situation in his country and the challenges it faces, stressing the importance of exchanging views and information between the two countries, especially in issues of combating terrorism.