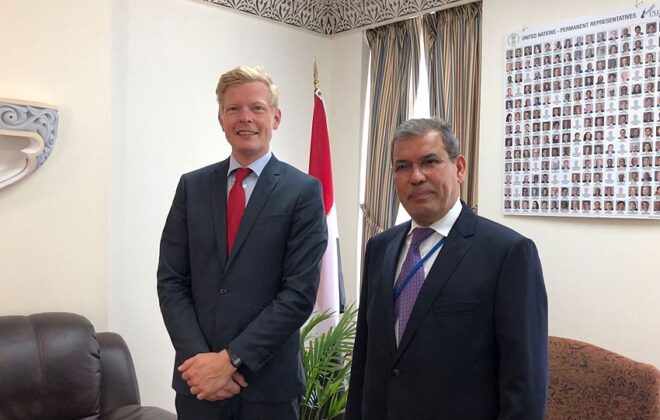 Assa’di met Mr. Grundberg upon his arrival in New York to contribute to the International Security Council’s session about Yemen to be held today, Tuesday.

He said ” More pleasures upon Houthi militias are needed to press for peace”.

Mr. Grundberg reiterated his commitment to keep on doing his utmost efforts to bring the Houthis back to the peace path, renounce war option which only brings more crises and suffering to the Yemeni peoples.