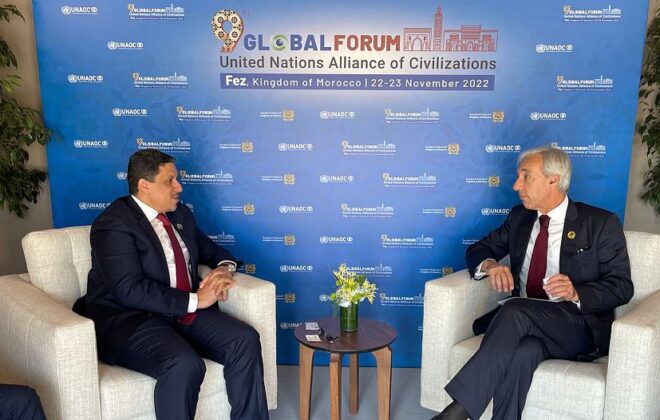 The two parties discussed, on the sidelines of their participation in the Nineth International Forum of the United Nations Alliance for Civilizations heled, mutual relations between the two countries and means of promoting them.

BinMubarak talked about repercussions of Houthi militia’s terrorist attacks on oil establishments on humanitarian crisis in Yemen and threats to international navigation, pointing out to Houthi terrorist militia’s rejection to all peace efforts and initiatives.

For his part, the Spanish minister confirmed his country’s support to UN peace efforts, renewing his country’s position supporting the internationally-recognized government in Yemen and its efforts for ending the war and protecting Yemen’s unity and security.