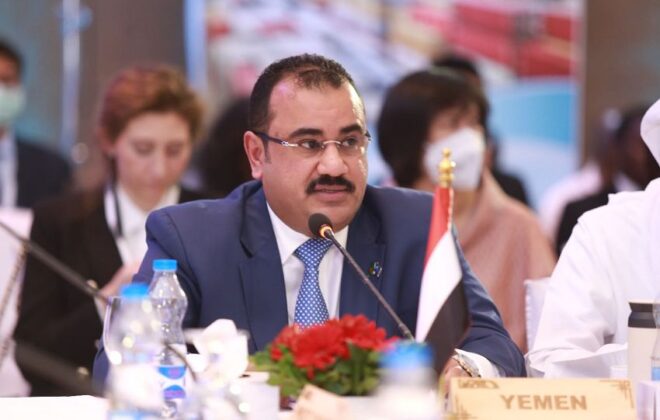 DHAKA-SABA
The Republic of Yemen partook in the 22nd Ministerial meeting of the Indian Ocean Rim Association (IORA) held today, Thursday, in the capital city of Bangladesh, Dhaka.

The Under-Secretary of the Ministry of Foreign Affairs and Expatriates Aowsan al-Aoud contributed to the gathering discussions.

He delivered a speech in which he pointed out to the terrorist attacks of the Iran-backed Houthi militias on the Yemeni oil facilities, ports and ships in the Arabian Sea.

He highlighted the dangerous threat of these terrorist actions to the maritime safety, security and freedom of international navigation and trade.

Al-Aoud called on the IORA’s member states to condemn the Houthi militias’ terrorist actions and contribute to a collective measures to deter such terrorist operations which are risking the maritime security and the freedom of navigation and trade.