Prime Minister Maeen Abdulmalik has ordered the government to allocate YR 500 million to cover the expenses of healthcare for army soldiers and popular resistances fighters who have sustained wounds in the battles with Houthi militants over the past years. 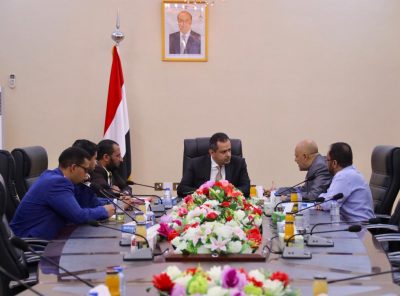 In a meeting with Taiz governor Nabeel Shamsan here today, the premier said the government, upon President Abd-Rabbu Mansour Hadi’s directions, is keen on affording healthcare services for the wounded in the country and abroad in recognition of the national warriors sacrifices to reverse the Houthi coup and protect the country.

The two officials discussed the need to break the Houthi years long siege around the city and ways of restoring public services to the locals.