What happened in Aden is a coup, says Deputy FM

“What happened today in the temporary capital at the hands of the STC is a coup mounted against the institutions of the legitimate state,” said al-Hadhrami on the Twitter account of his ministry. 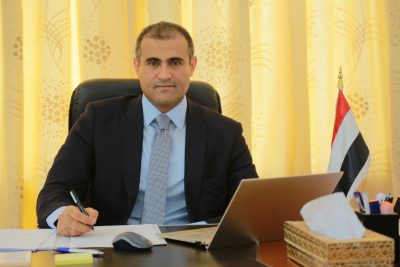 “The Republic of Yemen holds the STC and the UAE accountable for the consequences of the coup against the government in Aden, and demands the UAE to stop their material and military support to these rebel gangs completely and right away,” read the tweet.

He recalled that the Arab Coalition of which the UAE is a member came to Yemen upon the request of President Abd-Rabbu Mansour Hadi addressed to King Salman bin Abdulaziz to intervene militarily to protect Yemen from the Iran-backed coup.

“What Aden and the state institutions there were subjected to today amount to a coup mounted by the UAE-backed STC, an explicit breach of the main purpose for which the Coalition was invited to come.”