RIYADH-SABA
Foreign Minister Mohammed Al-Hadramidiscussed Wednesday with the Ambassador of Norway to Yemen OyvindStokke. The discussions focused on bilateral ties between the two friendly countries. 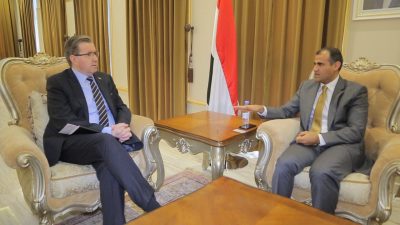 They also elaborately conferred over the last developments about the UN-led peace process.

Al-Hadrami detailed Stokke on the Yemeni government’s efforts to establish peace that is based on the three terms of reference for peace.

He also cited the devastating consequences of the protracted Yemeni crisis as a result of the Iran-allied Houthi militia coup in 2014 and the armed rebellion by the so-called Emirati backed Transitional Council in the temporary capital Aden.

The Foreign Minister voiced appreciation for Norway’s contribution to the humanitarian efforts.

The Norwegian diplomat affirmed his country’s support for Yemen, its official government, unity, security and stability. 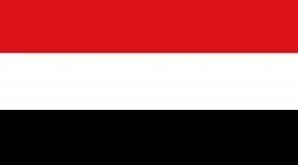